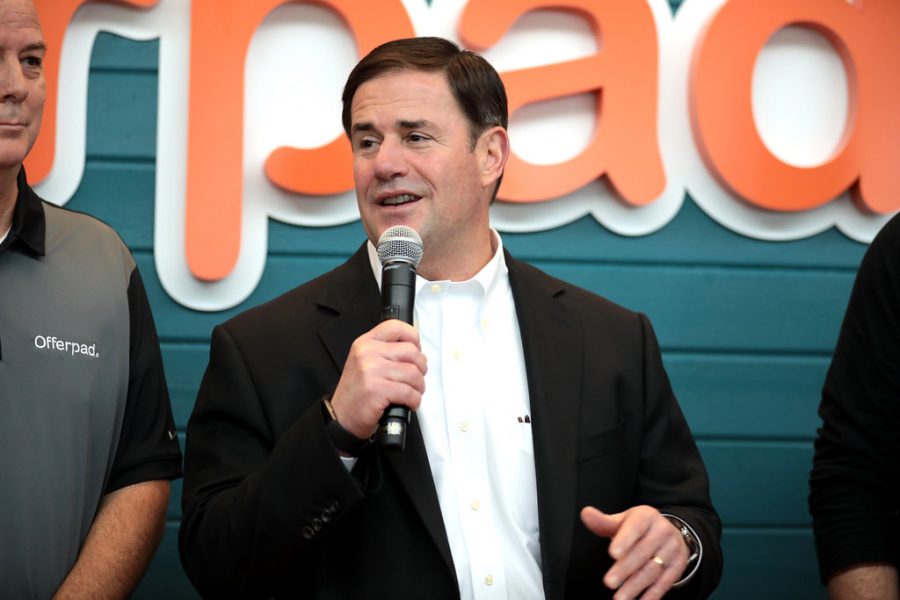 Two years ago teachers from Arizona, Oklahoma, Colorado walked out of their classrooms to protest cuts to school funding   and low salaries  for teachers in their respective states.

In late April an estimates 20,000 teachers marched on the state capitol building. As a result of the six-day protest, Governor Doug Ducey promised to increase teacher’s pay over three years.

“After all the teachers went on strike, I think a bill came out and it said that they were going to raise teacher salaries by a total of 20 percent by 2020. There has been a noticeable increase in my salary, I think about ten percent from the time I left to now,” science teacher, Kirk Rundle said.

Over the last two years the J.O. Combs Unified School District has received $1.9 million in additional funding. The increased budget has given teachers a 15% raise, instructional support staff 12%, and all other staff a seven percent increase over the past two years.

“So far so good, I was nervous about it because they still require the state legislature to approve each of the budget increases every single year but, so far the first two have kicked in just fine. It’s this last one, we’ll see if we get it, hopefully we do,” fine arts department chair Nicholas Smith said

Although some think the governor is keeping up with the plan, others think differently.

“He hasn’t really kept his promise, here are the facts. According to the Joint Legislative Budget Committee, when adjusted for inflation, Arizona is still investing less per student than we did in 2008 when it comes to educating our children,” student council advisor David Nelson said.

“Arizona teachers are among the lowest paid in the country, according to federal data. Average salaries last year were actually $8,000-$9,000 less than 1990 salaries when adjusted for inflation,” Nelson said.