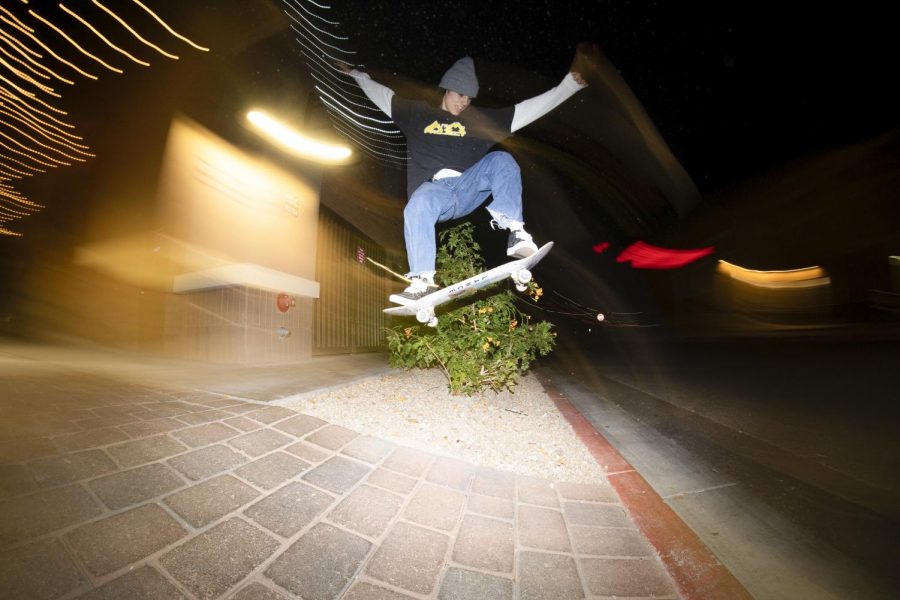 After trying to land the trick for more than an hour sophomore Jonah Safady finally kickflips the “Nandos gap” in Queen Creek.

There’s always traditional sports getting attention in high school, college  and on television.

But those aren’t for everyone. Some people work better independently, some just don’t perform well under pressure, some can’t stand to have a coach always in their ear.

This is where skateboarding, the anti-sport, sport, comes in.

With no one to judge you, no scoring system, and nothing to hassle you, it’s perfect for those who can’t stand the format of regular sports.

Not having to deal with the stress of your team relying on you is what makes this more enjoyable than any other sport.

Skateboarding is an escape for most, a way to get a minute from reality.

There is no set time everyone has to meet for practice, you can just skate whenever you please.

“It’s super relaxing, it helps me get away from the stresses of life for a second,” sophomore Jonah Safady said.

There are no teams in skateboarding, no opponents only fellow skaters encouraging each other.

Even if you show up to the skate park not knowing anyone, you’re bound to leave having made a new acquaintance.

Skateboarding is more of a connection than it is anything. If you take a slam, nobody laughs, if your having trouble landing a trick, they’re right behind you backing you up.

Skateboarding also teaches persistence. It’s not an easy thing, it takes thousands of failed attempts and snapped boards to master.     But in the end, nothing compares to the feeling of landing that trick you’ve been trying for months on end, no victory of any sport even comes close.