Lost in the Lyrics; Life of a High School Musician 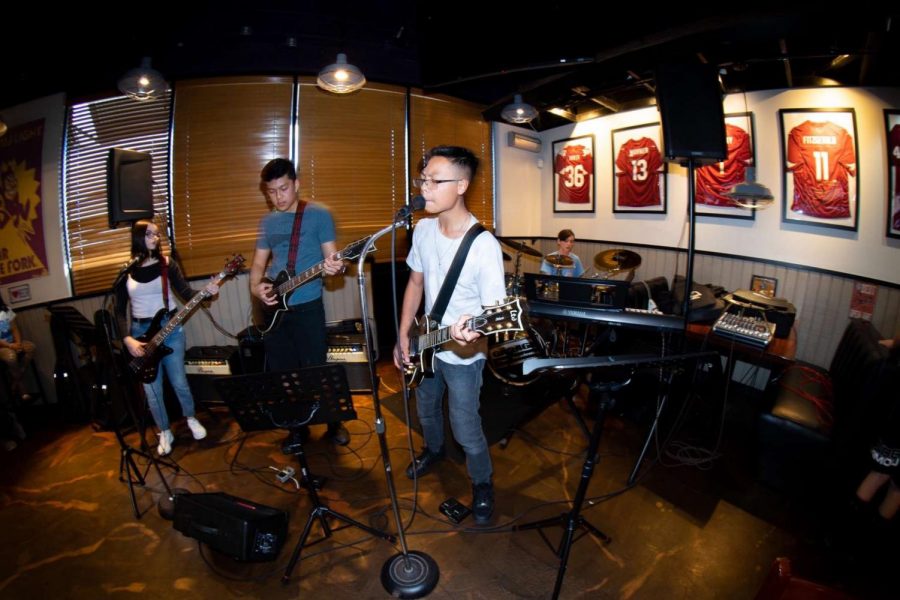 Music follows people around everywhere they go. It’s been a part of some peoples lives since before birth. Music can alter a person’s mood, or make the mood they’re already in even more extreme.

Some describe it as a personality trait, and music even makes them who they are. It is also something that has been influential on billions of people around the world, and some are even lucky enough to make a career out of it.

At Combs High School, one student is on track to living out this dream.

Sophomore Kassy Rodriguez has been playing bass guitar for the past 5 years. Currently, she is playing for the band, BT, based out of central Arizona.

“It’s just really fun to me,” Rodriguez said, “I just like how it gives me something to do.”

As of now, they are only cover their favorite songs. However, they are working on their own original music, and will hopefully get their sound figured out in the future. Rodriguez’s band currently holds gigs at anyplace with a stage that will accept them.

My favorite gig that I’ve ever played was at West Alley Smokehouse in Tempe, Arizona, Rodriguez states. She remembers clusters of people clapping and cheering their band on. Rodriguez had a really good experience and will hopefully have more gigs like that in the future.

For the past two years, Rodriguez has been playing with BT, but before that she was a member of the band ‘Nostalgia.’

Unfortunately, her lead guitarist moved off to college, Rodriguez states. After three long years of playing together, the band was disbanded.

Out of the four members in BT, Rodriguez gets along with the drummer the most.

“He was in our previous band, ‘Nostalgia,’ so we have known each other for over five years now,” said Rodriguez. “He’s just a sweetheart.”

Before starting a show, Rodriguez and her band have their own pre-show routine. Personally, for her, she doesn’t have to deal with stage fright, she just goes along with it. Rodriguez prepares herself by rehearsing the set list in her head on the way to each of her shows.

The band and her go through their set list to start off, then they take it from there. To get the show started, they begin by playing the most overplayed, obnoxious song on the set list.

“Usually we start by practicing and playing our most obnoxious song,” said Rodriguez, “no one really knows what’s going on, we just go with it.”

On Saturday, Feb. 29, BT played at the bar and grill, TC’s Pub and Grub. It is located on Power and Rittenhouse. On Saturday nights, the bar welcomes bands to come and play live in front of their customers during that time. The band played at 5 p.m. after a family band (3 brothers and a sister) had performed prior.

“It honestly went better than I thought.” Rodriguez said. “I always get really nervous before playing and overwhelmed with relief after.”

The four members of the band set up their instruments and started off their show with Purple Haze by Jimi Hendrix. After this, the band performed Big Empty by Stone Temple Pilots then Little Sister by Queen of the Stone Age. To end this all off, BT played Frances Farmer Will Have Her Revenge on Seattle.

“Nobody made any big mistakes so we sounded pretty good overall,” Rodriguez said. “I’m not really worried about my other bandmates because they always play really well so I always just focus on myself.”