Students able to return to campus starting on Monday, Aug. 17. 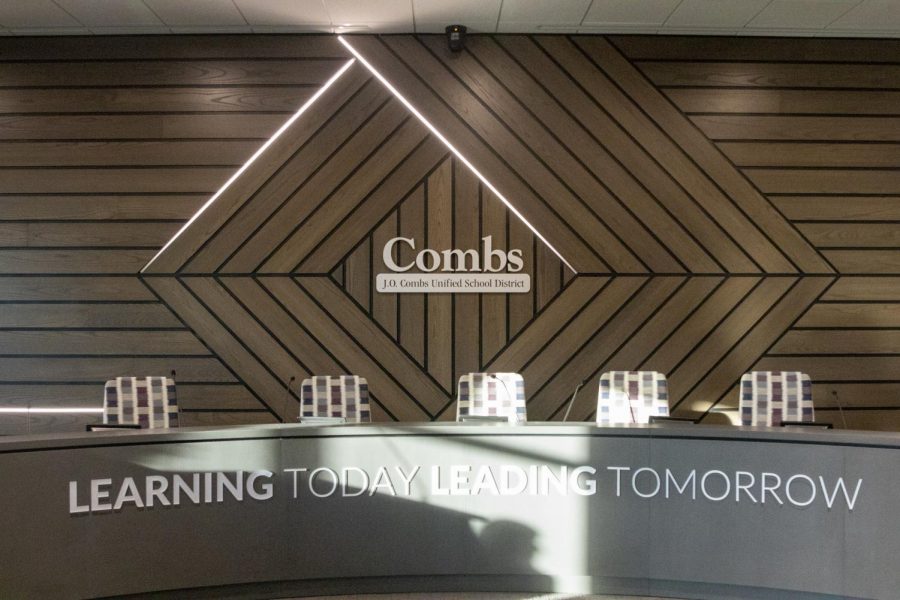 A 3-2 vote to allow students to return to in-person school by the J. O. Combs Unified School District Governing Board was met with applause from a crowd in attendance at the August 10 meeting. The audible support came following the board’s decision to vote against Superintendent Gregory Wyman’s proposed resolution.

The original COVID-19 Board Resolution stated in section 1a that “The Governing Board approves the return to in-person, teacher led classroom instruction beginning the 2nd Quarter (Tuesday, October 5, 2020) if the Arizona Department of Health Services/Pinal County Health Department’s public health benchmarks are met.”

Parents and students were given the opportunity to voice their opinion on the resolution. CHS senior Levi Tuckfield prepared a letter to the board emphasizing his need to return to campus.

“I take Honors and AP classes and education is very important to me. I want to attend a University in the near future, but I’m scared online schooling limits my education. I don’t feel as motivated to participate,” Tuckfield said. “I don’t think I can perform as well academically at home. As the board discussed the resolution and potential changes they were made aware of the potential for teachers to walk away from their classrooms.

Board members shared their opinions about why the option to return to in-person learning should or shouldn’t be delayed at the conclusion of public comments. Hargis voiced concern about the possible loss of enrollment and asked if there was a chance teachers would resign if they wanted to allow students back on campus against the ADHS guidelines.

“I think there’s a high likelihood we’ll have teachers walk,” Wyman said. “I don’t know if it’s 3%, 5% or 10%…is it 80%? No, but there will be a number of teachers that think they don’t feel safe enough; so thank you very much and walk away from their job.”

Prior to the vote and sensing the board leaning to reopen, D’Elena had made a recommendation he felt would help find a middle ground in the decision to reopen.

“I suggested a two-week delay in the opening until Monday, August 31. If done, we could have a special board meeting on Thursday, August 27.” D’Elena said. “This would give us three additional weeks of benchmark results since they come out on Thursdays. If minimum scores were achieved, the opening on Monday, August 31 would. If not, it would be delayed again.”

Governing Board member Steven Ray made a motion to approve the resolution with the following change to the section, “The Governing Board approves the return to in-person, teacher led classroom instruction beginning on Monday, August 17…with the rest of [the resolution] as presented as long as it’s not in conflict with opening on August 17.” Chad McLeod seconded the motion.

Board members Ray and McLeod, along with President Hargis, voted in favor of the resolution as presented with the change. Board Clerk Bob D’Elena and Member Patricia Pinckard voted in opposition of the suggested changes.

Though some feel the governing board acted under the pressure of parents but for McLeod, there was more to the decision than the opinion of the community.

“I factored in the health and safety concerns, the concerns of parents both for going back to school and for waiting,” McLeod said. “The level of preparation the district had for returning, my own children and family, and the quality of the education the students in this district were able to receive.”

Following the board meeting Wyman shared how immensely complex the development of the pandemic plan has been.

“The COVID-19 process has been the most challenging thing I’ve ever done in my career. The resolution was done by attorneys so that wasn’t as difficult; the final decision relative to what my recommendation to the board for the opening of school, very difficult as we look and see what’s best for kids but also understand the safety and health of our employees and kids, it’s probably the most difficult decision I’ve made in my career,” Wyman said. “The plan for what in-person learning looks like, what virtual learning looks like, what the pandemic plan was, we’ve probably spent 60, 70, 80 hours developing that.”

Regardless of the outcome, Wyman expressed his approval of the democratic process and the communities right to voice their concern.

“I think this is what a school district is about. There’s a governing board that makes decisions. As the superintendent, I give recommendations,” Wyman said. “The public has their opinions and the governing board makes their decisions based on the public, based on what the administration or what the superintendent recommends and so this is a process of democracy that’s local control. This meeting was just local control in action.”