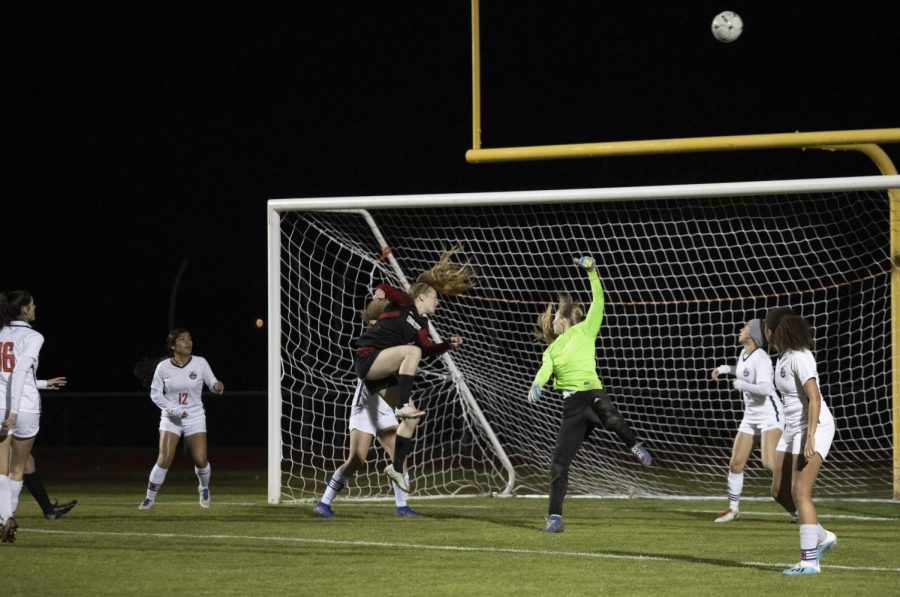 After dropping their first two contests last week, the varsity girls soccer team is looking for their first win of the season tonight when they travel to play rival Poston Butte at 6 p.m.

The Coyotes are 0-2 while the Broncos are taking the field for the first time this season after a cancellation against Cortez last week.

“This year we have some strong players and we have a pretty great lineup, learning from last year’s game we’ve just been working super-hard ever since,” varsity captain Lexi Schnepf said.

Poston leads the all-time series 7-6-2 and they have won the last four matchups with a combined score of 16-2. During last year’s regional game against Poston the win escaped from their clutches with a 3-2 loss.

“We have been working on playing possession and pulling the field back open and moving to space to work the ball down the field,” varsity coach Cassie Olson said, “We had a rough start but we are back to a healthy full team.”

As the rivalry game approaches both teams are hoping to get their first win of the season.

“I always look forward to playing a rival. I think it pushes us as a team to work even harder and play our best. It will definitely be a hard game but it’s one of the most exciting,” Armstrong said.