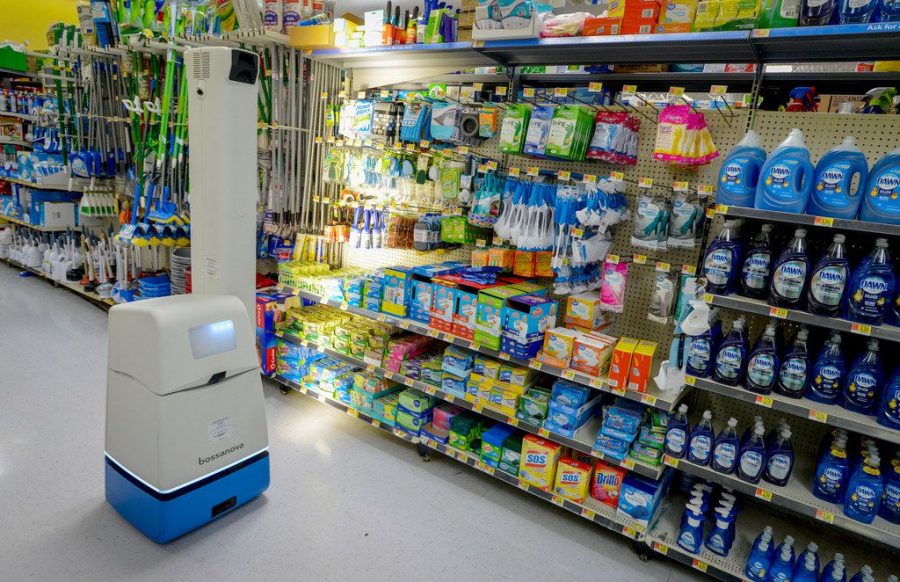 “Think R2D2 or Optimus Prime,” Walmart said in a press release. What about the jobs?

Walmart superstores have made a change to their workforce, according to the news outlet, BigThink, “Walmart has introduced robots for increasing efficiency in stores. These robots are used for cleaning, restocking, and online orders.”

From Forbes, Writer Chris Westfall, “As we evolve, there are certain jobs that will go away,” Michael Dastugue, Walmart U.S. Chief Financial Officer said.

From BigThink, “Make no mistake, Walmart’s move to autonomous floor cleaners is not about better-serving customers and workers,” the statement read. “This latest job-killing venture has the potential to destroy over 5,000 maintenance jobs in the U.S. if it is implemented in every Walmart store.”

Are the robots making anything different or are they getting in the way. In an interview with a Walmart Manager Susan. at Cornerstone at Queen Creek. Confirmed that the robots on both the loading dock/warehouse and the store floor have increased productivity in the store.

“Think R2D2, Optimus Prime and Robot from Lost in Space,” the company wrote in a press release. “Just like Will Robinson and Luke Skywalker, having the right kind of support helps our associates succeed at their jobs.”

“Walmart wants store workers to help out customers instead of mopping up floors and unloading boxes in backrooms. So it’s increasingly turning to robots to fill those tasks.” “There is a labor shortage in retail,” said Kirthi Kalyanam, director of the Retail Management Institute at Santa Clara University to Nathaniel Meyersohn “It will not be easy for Walmart to add labor to perform these functions. So a high level of automation is required.” from an article by Nathaniel Meyersohn on CNN Business.

With this said, Walmart is working on adding these robots in all of their domestic U.S. locations.

Walmart experimented with a bot in around 500 stores that unloads boxes off delivery trucks and automatically scans and sorts the items by department. Walmart says the unloader saves time and has reduced worker turnover in the labor-intensive back areas of the store. So it’s bringing it to 1,200 new stores.