Boku No Hero Academia Renewed for their Fifth Season 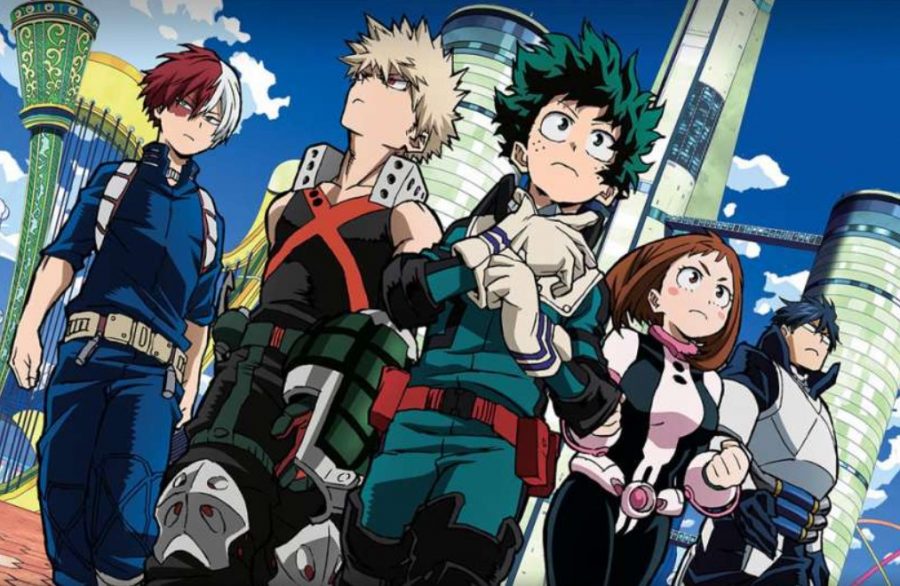 Boku No Hero Academia, or My Hero Academia in English, is a Japanese anime about a society of superheroes based off of a manga by Kohei Horikoshi.

By the year 2030, 80% of their population has developed a superpower known as a quirk. The story being told revolves around a quirkless boy, Izuku Midoriya, and his new classmates on their journey to become the world’s newest – and greatest – superheroes. Most quirks make themselves known by the age of five. Midoriya, however, never got one. Ten months before graduating middle school and moving on to U.A. High, the most prestigious hero school in Japan, he was offered a chance to receive a quirk from none other than All Might, the number one hero.

Izuku “Deku” Midoriya’s english voice actor is Justin Briner and his Japanese voice actor is Daiki Yamashita. Deku is brave, yet timid, polite and kind, but, more often than not, dramatic, energetic and loud.

Katsuki “Kacchan” Bakugo was Deku’s childhood best friend and the one who gave him the popular nickname “Deku,” which later became his hero name. His english voice actor is Clifford Chapin and in Japanese, it’s Nobuhiko Okamoto. Bakugo is a hotheaded, aggressive blonde with a quirk to match: Explosion. He produces nitroglycerin-like sweat that explodes on command. Like Deku, he is dramatic and excessively loud. His vocabulary is very creative and his insultive nicknames for everyone he meets are even more so.

Toshinori “All Might” Yagi is the number one hero that both of these boys want to become, or in Bakugo’s case, surpass. His voice actors are Cristopher Sabat, in English, and Kenta Miyake, in Japanese. As a hero, he is huge and extremely muscular, but as a civilian, his form shrinks and he becomes scrawny and dishevelled. In both forms, his hair is blonde. He is optimistic, yet grounded and likes to focus on reality.

Of course, the anime is translated to all sorts of languages and spread worldwide. It is one of the most famous animes around. There are multiple movies, but most of them are character backstories and side stories. Two Heroes and Heroes Rising, however, fit into the storyline, only adding to the constantly intense feel of the episodes.

Funimation is the American entertainment company that specializes in dubbing Asian media; though, the anime itself is animated by Bones Studio C.

The next season, season 5, has been confirmed to come out on March 27. It is going to be a SimulDub: an English dubbed anime that’s available to watch simultaneously with the original broadcast.

If you like superheroes, superpowers and constant danger, My Hero Academia is the perfect anime for you. It’s always keeping you on your toes and teaching you to love, appreciate, and get to know background characters.