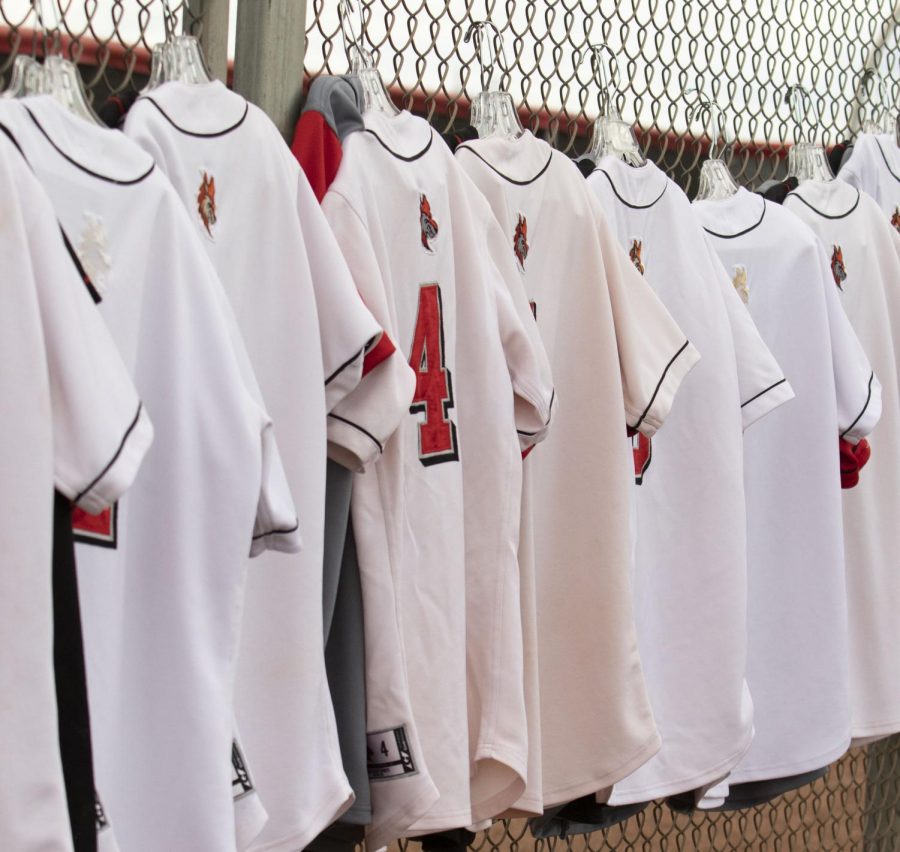 Varsity jerseys hanging from the fence.

The CHS varsity baseball team officially starts off their season this week with the Cougar Classic tournament; where they go against the Central Bobcats, the Yuma Shamrocks and the Morro Bay Pirates.

The start of a new season comes with a hitch in the road after the varsity team losing their tournament games on Wednesday against Phoenix Christian and Valley Christian, but the team is hopeful for their upcoming games after their winning scrimmage last Saturday.

“We would like the state title obviously. But something we definitely want is region champs again,” Jalen Lupton said.

The team is hoping that they make it further in region this year than last year.

“I’m looking forward to hopefully win region this year. We had a lot of fun last year — had some good times,” first baseman Cole Evans said. “We barely missed region last year by one game. We should really have a good chance this year. I think we have a good team.”

Members on the team are more confident than last year in their ability to make it regionals, the last time the baseball team making it to regions being in 2016.

“The main goal for our team is to have a better batting average than we had last year. Better team field and percentage average than last year,” Ramon Mendoza said. “That kind of stuff will get us to where our team needs to be. And we’re hoping for more wins.”

One of the biggest factors of the team’s success is the team itself.

“We gotta have good leaders on a team. We also gotta have people who are willing to fall in line and listen to other people, do what needs to be done,” Evans said. “Not necessarily be an all-star, but do their job and help people win games.”

Not only does the team need to be cohesive, it needs to be a unit.

“They have individual talent, but a team is everybody putting all that talent together in the same direction,” Coach Rick Surls said. “It’s not about them, it’s all about the name on the front of the jersey, they’re representing Combs.”

The varsity team is looking for a good season this year, but there are a few things that the team has to worry about.

“Apache Junction is always a good competitor. But I’d have to say that Florence is a big competitor for us also, we always struggle with them,” Lupton said.

However, the season is still young, and there’s room for everything.

“I just want to have them have the best high school year they can have of baseball,” Surls said. “I just want them to play good baseball.”