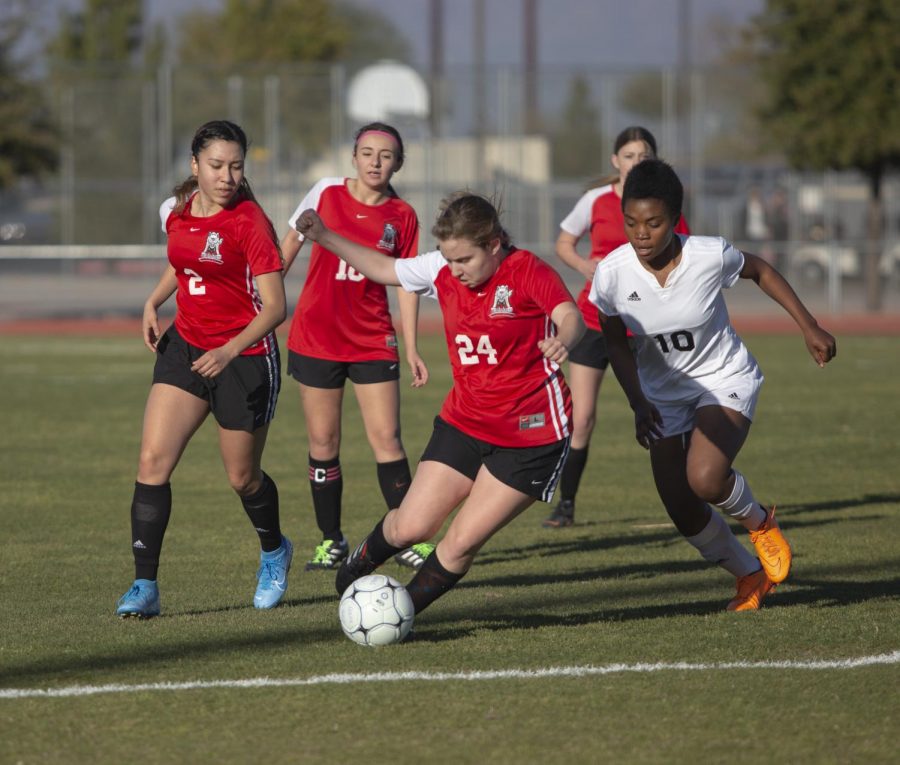 The cancelation of winter sports was put into motion on January 8 at an emergency AIA board meeting.

Varsity soccer coach Cassie Olson sent out a message to all the players on the JV and Varsity at 141 p.m. so they could have a meeting after school in the field house by the football field. As the final bell rang and everyone headed to the field house all the girls started to become nervous over what the news could have been as some of the players were not aware of the news. As Olson and JV coach Corby Armstrong stood among the girls the news was shared. Tears started to flow through every girl sitting in front of them. Knowing their season was gone and it would never come back. Everyone tried to keep it together but it was too much for the hope they were still holding onto. Hearing the news crushed everyone’s spirit.

“As a coach you feel responsible. I knew there would be tears. So I prepared myself. I knew a couple of my seniors were early out (no sixth hour) and I knew they would find out,” Olson said.

“Hopefully, it’s not the last day but we had ourselves a scrimmage. Varsity vs JV. All who were there played including coaches,” Olson said.

“The battle of Ironwood. Each coach talks about it all year long. I talked to the coaching staff at A.J. and Poston almost daily and we were excited.”

Senior Soccer player Leah Crawford was seen shedding tears over her Senior year soccer season being ripped away from her. She was comforted by her teammates as she mourned over the loss.
“I’m absolutely devastated all I wanted was my last season in my official send off. These girls are my family and I intend to keep it that way,” Crawford said.

As the news sunk into athletes, senior defending wrestling state champ Bubba Taunima is already thinking about what the rest of the year has to offer while pondering about what this season could have been.

“I am angry and upset about wrestling being cancelled, but I am hoping to jump into track in hopes that we can still have a spring season,” Taunima said. “I feel as though we had so much to offer this season and we’re looking forward to competing with each other.”

Even though the seniors were missing out on their last season they were not the only ones affected by the outcome. Sophomore Basketball player Hunter Clare was very mad that the season was canceled thinking about all the hard work Varsity had put in, to make their goal towards competition.

“Our goal for the season was to not only make the playoffs, but make it far in them.” Clare said, “Our ultimate goal that we felt was within our reach was a state championship.”

As hard as it is for students it’s just as hard on coaches. At the end of 6th period basketball coach Amanda Webster was unaware of the situation. She had gotten a screenshot of the news from twitter sent by one of her players. When she walked into the gym to talk to her girls she already knew that her team had come to terms with the sadness of the season. At the end of the day she left them with a few encouraging words.

“Keep working, keep pushing toward their goals, no matter what this year throws at them,” Webster said. “I want to give these girls every opportunity to showcase their hard work.”